With golf retweet, Trump blunders into the ‘Streisand effect’ 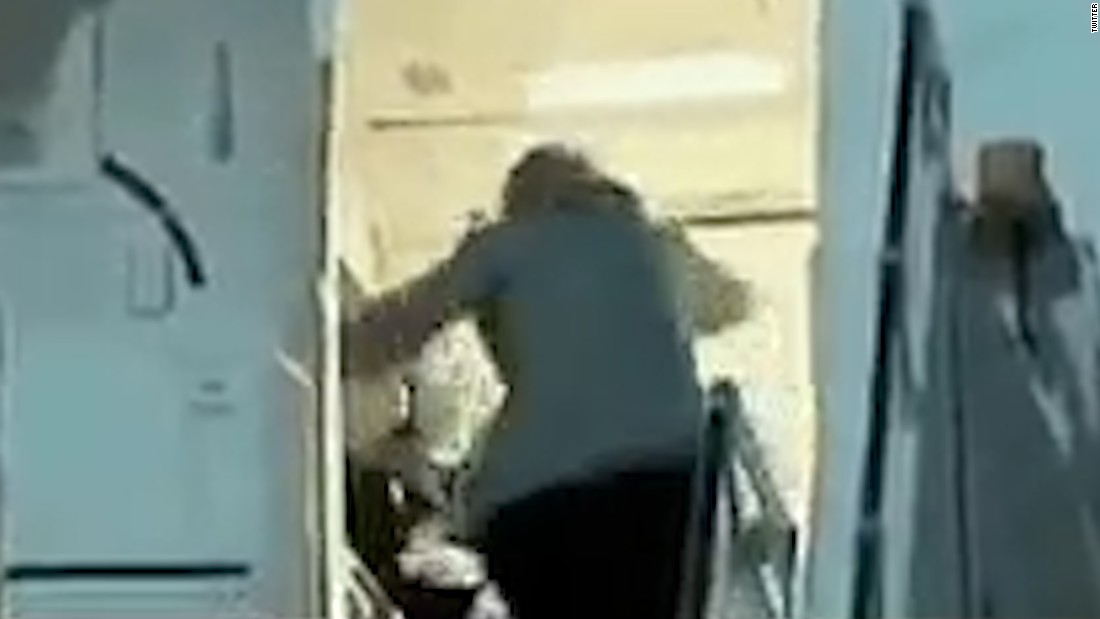 (CNN)On Sunday morning, President Donald Trump retweeted a video that was edited to make it look like he was hitting a golf ball into the back of his 2016 election rival, Hillary Clinton, and knocking her down.

It undoubtedly had the effect he wanted with some twisted sliver of his base: they paid attention and loved it. But it also had another effect he likely did not want: a much broader audience — of his base, and beyond — also paid attention and had a very different takeaway.
Let’s begin with the nastiest, most offensive aspect of this — the knocking-a-woman-to-the-ground aspect. Viewed through the lens of his previous actions and statements — for example, his acknowledgment that “you know, I retweet, I retweet for a reason” — his Sunday retweet reads like this: the President thinks violence against women is funny.
In fact, any man who thinks it’s hilarious to intentionally aim to hit a woman belongs with a psychotherapist, at best, not in the White House. Violence against women, President Trump, is never funny.
And, whether or not this was Trump’s intent, there’s good reason not to promote even “joke” violence. Many studies have found that people who view violence in the media are significantly more likely to commit acts of physical aggression against others. In fact, many researchers say the risk of exposure to violence leading to actual violence is, as some have put it, as great as the risk of exposure to secondhand smoke from cigarettes leading to lung cancer.
So, this morning, the President made the world a bit less safe for women.

Which brings us to the unintended aspect of this childish grab for attention.
At a moment when the media was focused on next week’s UN General Assembly, the golf ball tweet served to shift the national discussion to two of the most damaging subjects for the President: his loss of the popular vote to Clinton and his history of disrespecting women.
It was just the latest example of how, when it comes to public relations, Trump is his own worst enemy.
Eight months into his presidency, Trump still hasn’t learned something I teach my students in PR 101: the “Streisand effect.” The phenomenon is named after Barbra Streisand, who sued to have photos of her mansion removed from an online database. The result was that many more people saw the photos because of her complaint.
Similarly, if Trump would just stop talking about the past, the American people would, too. Instead, by responding to every perceived slight — such as Hillary Clinton’s book release and media interviews this week — and continually dredging up the past, he deepens the damage to his reputation. Retweeting a GIF designed to show him harming her does nothing but give credence to Clinton’s assertions of rampant sexism during her campaign.

The President doesn’t appear to be learning from other heads of state, either. Last month, Indian Prime Minister Narendra Modi came under fire for following the Twitter feed of a man with shockingly misogynistic views.
But that apparently couldn’t cause Trump to realize he needs to be careful about who he legitimizes on the platform. The video he retweeted came from the (unprintable) Twitter handle of a man who believes, among other whacked-out things, the conspiracy theory that Democrats were involved in the death of a former DNC staffer. That the President would in any way associate himself with this — and it’s amazing that it needs to be pointed out — calls his judgment into question.
So, nice going, Mr. President. Your sophomoric and offensive post today made the world worse for both Trump and everyone in America — a country that is now a little less safe for women than it was before you hit the retweet button.