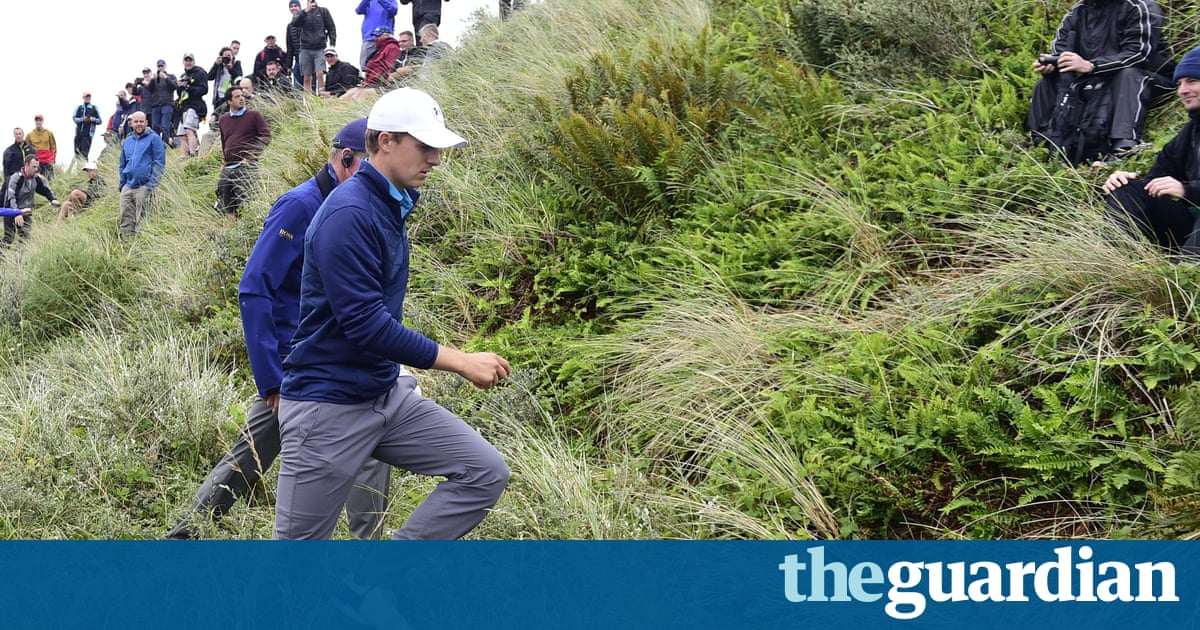 One of the most gloriously overblown lines in the history of sports broadcasting was delivered in 1984 by the peerless darts commentator Sid Waddell. Contemplating Eric Bristows effortless dominion over his peers, Waddell mused: When Alexander of Macedon was 33, he cried salt tears because there were no more worlds to conquer. Bristow is only 27.

You have to wonder what ancient historical allusion the much-missed Waddell would have extemporised upon exposure to Jordan Spieth. Come Sunday, there is a fair chance that Jordan the Great will have become only the seventh man in history to complete golfs career slam. Should he win the USPGA Championship at Quail Hollow, three weeks after making Birkdales notoriously tough closing trek look like an easy coastal ramble for all walking abilities, and two years after landing both the Masters and USOpen, he will have completed the holy-grail set at the golden age of 24 years and 17 days.

This would be unprecedented precociousness, akin to building an empire stretching from Greece to India in your late 20s, or coming up with the concept for Yorkshire Televisions seminal Indoor League at only 31. Perhaps more pertinent, the current record holder, Tiger Woods, required an additional seven months and eight days to complete his collection of majors with the 2000 Open. Jack Nicklaus was a couple of years older still when he won his missing Open in 1966. Gary Player, not exactly the type to let life pass him by, was an ancient 29 when the 1965 USOpen sealed his legend.

In some cases we are comparing apples with oranges, rubber-wound Penfolds with solid-core Titleists. Gene Sarazen was 33 by the time he put the finishing touches to his CV in 1935, though the Augusta National Invitation Tournament was only in its second year, so one could hardly accuse The Squire of dragging his feet. Ben Hogan had turned 40 when victory at the 1953 Open completed his full house, but he had lost a big chunk of his career to the war, then serious injury after an auto crash, and in any case it was the first and only time he deigned to enter Britains then-struggling Championship, just to prove a point.

Chances are Hogan would have claimed an actual grand slam in 1953, having already won the Masters and USOpen that year, but the dates of the Open and PGA overlapped (and Keith Pelley thinks he has scheduling problems). So Bobby Jones remains the only man to clean up all four majors in the same calendar year, although in 1930 that meant something very different: the Open and Amateur championships on both sides of the Atlantic. Penfold and Titleist; niblick and hybrid.

And thats before we consider how much of the slam story is a retro fit. Joness 1930 feat was for some time known as the impregnable quadrilateral of golf. Hogans 1953 spree was viewed as a triple crown, the PGA not even a consideration. The modern grand slam concept, with the PGA thrown into the mix, was only popularised in 1960 by Arnold Palmer and journalist pals, conceived in midair enroute to the Open, the great man having won the Masters and USOpen that year and dreaming up ways to reshape golf for the modern era, eyeing a little history for himself by doing so.

A bittersweet irony, then, that the PGA was the only major Arnie never won. He came closest in 1968 at Pecan Valley in Texas, but missed eight birdie putts from inside 15 feet on the Sunday, the last an eight-footer on 18 after hitting the flagstick by curling a three wood around a tree. Julius Boros won by a stroke. Tom Watson later ended up with the same PGA-shaped hole on his rsum, having passed up a golden opportunity to win one at Oakmont in 1978: he had a five-stroke lead going into the final round, but a double bogey at 10 precipitated a collapse that handed the title to John Mahaffey.

If Arnie and Tom cannot do it, it must be pretty darn hard to achieve. Just look at some of the other multiplemajorwinning greats who fell one title short of a career slam: Walter Hagen, Sam Snead, Byron Nelson, Lee Trevino. Of the active set, Phil Mickelson would have wrapped one up, if only he had converted one of those six runner-up finishes at the USOpen into a dream victory. Rory McIlroy should have it done and dusted too, but the least said the better about Amen Corner on that fateful Sunday in 2011.

Mickelson will be 48 on the Sunday of the next US Open, that drive on 18 at Winged Foot in 2006 whistling inexorably towards the hospitality tents every time he closes his eyes. McIlroy is still a pup by comparison, and his run of high finishes at Augusta suggests he will pull on a Green Jacket some day. Fingers crossed, though try asking Inevitabilitys Greg Norman how that can pan out.

The greatest street fighter of them all, Player, nearly threw away his career slam en route to that 1965 US Open, shipping a three-shot lead with three to play, forced to do it all over in a play-off with Kel Nagle. It is far from easy. But if there is anyone out there today blessed with Playeresque moxie, its Spieth, whose wild flay on 13 at Birkdale would have driven most to salt tears. Not the extraordinary young Texan, though. His occasional scrapes are part of the charm, and he has a few more worlds to conquer yet.