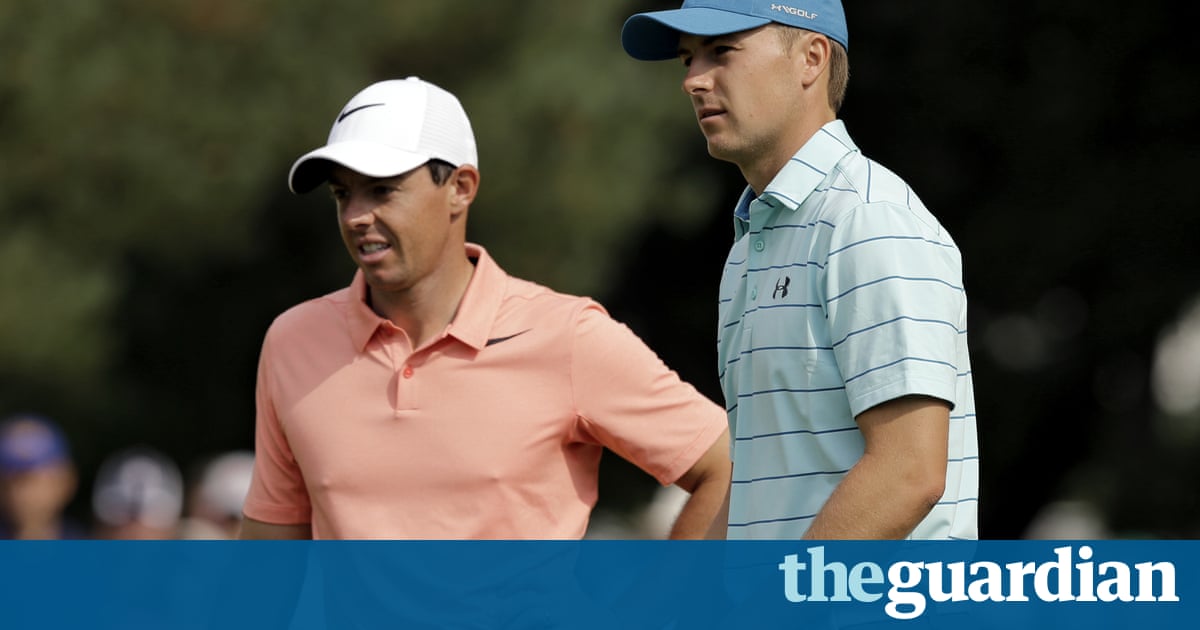 The enthralling conclusion to the Open Championship did not supply proof of Jordan Spieths ferocious competitive spirit . Events at Royal Birkdale last month merely served as a reminder. Though his technical ability is hardly irrelevant, Spieths psychological approach has played a massive part in pulling him to the brink of history: at this weeks US PGA Championship he can become the youngest golfer in history to complete a grand slam of majors.

The pros and cons of it being so soon? Pros is you believe youre in form, says Spieth. When you feel that way going in, it feels that much easier to get into contention. Im not really finding any negatives in this. Ive been asked this a few times and I mean it.

This PGA if Im healthy and playing well, I play in 30 of them, I believe Ill have plenty of chances to win. If its this year and it happens, thats great, thats another life-long goal achieved. But I believe that Ill do it some day.

Spieths approach draws recurring comparisons with players from the past, such as Gary Player, Jack Nicklaus, Tiger Woods et al, but also the present. Does the Spieth mentality set him apart from his peers? If Rory McIlroy, by general consensus the most gifted player of this generation, had the fortitude of Spieth, would his career have yielded more than already is the case?

When Spieth is in his zone, lady luck is his best friend. That is hardly an insult; the finest sportspeople of all time have also been the most fortunate. From the moment Spieth holed out from a bunker in the play-off at the Travelers Championship in June, ending a relatively low-key run of results, his Open Championship destiny looked set to the point of freakishness.

McIlroy is the natural cross-reference in this of all weeks. His grand slam wait dates back to his US PGA success in 2014, with only the Masters eluding the Northern Irishman. While this is hardly a disastrous scenario, bookmakers would not have offered odds on McIlroy sealing the clean sweep before Spieth as he departed Valhalla with what was a second Wanamaker Trophy. Spieth is four years McIlroys junior, for starters.

There is a popular perception, as offered again in recent weeks, that Spieths mind-set means he is destined to achieve more than McIlroy. Hard work beats talent when talent does not work hard. In reality this notion is unfair, though there are stark differences between the styles of these top golfers.

If McIlroy were soft, he would not have battled back from the horrible position of five over after six Open holes to finish fourth in the event. If McIlroy cared little for his professional legacy and was of a mind to let natural ability solve all conundrums, he would not have switched management firms and equipment so decisively. The 28-year-olds ruthlessness was illustrated again last week, with confirmation that he had split from his long-time caddie, JP Fitzgerald. There is sufficient evidence from McIlroys professional and personal life to draw the conclusion that, when he feels something needs altering, it is duly done. McIlroy is an independent thinker, far more content to solve what puzzles golf throws at him alone than seek a range of external even high-profile opinion.

He and Spieth are markedly contrasting characters. Spieth has far more of an analytical mind than McIlroy. The Texans willingness to take holidays with fellow players curiously, perhaps, given he must compete against them demonstrates an attachment to golf that McIlroy will readily step away from. With McIlroy there is a recurring impression that conversation relating to anything apart from his work would be welcomed.

Inside the ropes, McIlroy may have been prone to lapses in concentration but the spirit epitomised at the last Ryder Cup or when securing the FedEx Cup in Atlanta last September is hardly the stuff of a timid heart. If his 2011 Augusta National capitulation is used against McIlroy, Spieth has far more recent experience of precisely the same.

For a reminder of what Quail Hollow, the venue for the forthcoming major, means to McIlroy, one need only step inside the lounge at his childhood playground of Holywood Golf Club. There an artwork of the North Carolina course hangs in depiction of his maiden PGA Tour success, in 2010. McIlroy sealed that victory with a stunning closing round of 62. He won at Quail Hollow again in 2015, this time by seven.

Spieth played in the Wells Fargo Championship at Quail Hollow four years ago, breaking 70 only once en route to a share of 32nd. The make-up of the course, whereby long and straight driving is heavily favoured, lends itself not only to McIlroy but Jason Day and Dustin Johnson more than Spieth.

The narrative, though, is set between two players. It will be until one of them creates history; and one of them inevitably will.