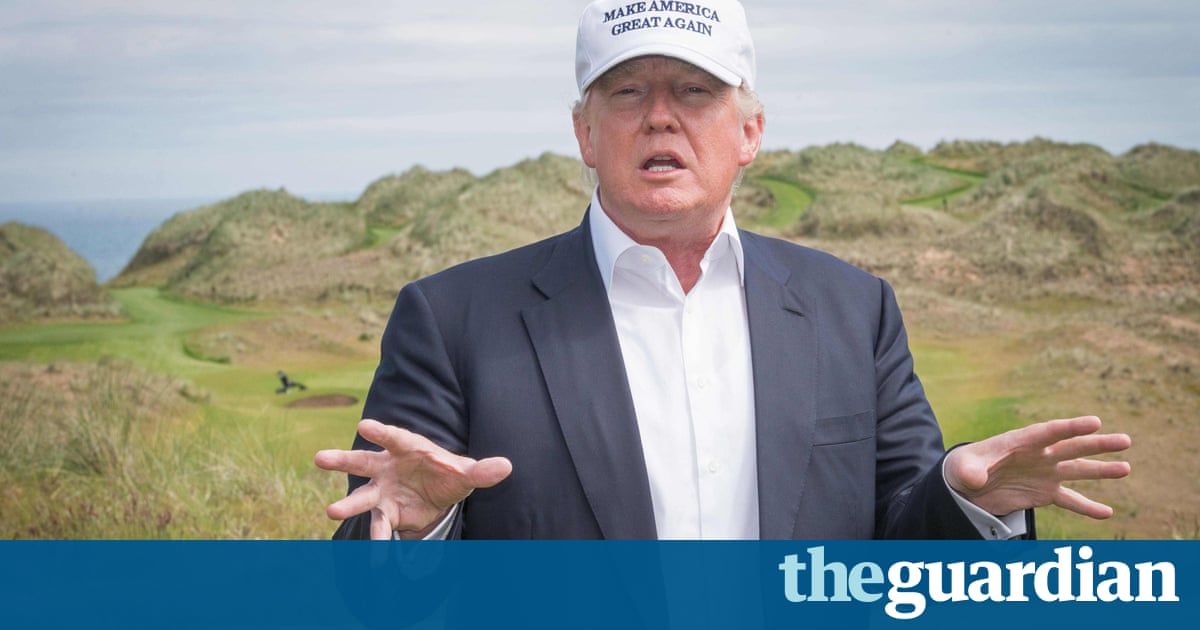 For many sports stars, a date with Donald Trump is beyond the pale. But golfers on the PGA Tour dont seem put off: they say theyd jump at the chance to play with the president.

An informal survey by New York Times reporter Karen Crouse at last weeks Genesis Open in LA revealed that 89% of tour players would, if asked, accept an invitation to play golf with the president. Only three of the 56 players polled said theyd reject the offer; three declined to answer.

Ernie Els and Rory McIlroy have played golf with Trump in recent weeks, and in early January, Tiger Woods confirmed that hed had the pleasure. Lexi Thompson of the womens tour has also teed off with Trump.

Els took some flak for playing with Trump and Japanese PM Shinzo Abe two weeks ago, but he said he accepted the invitation out of respect. A lot of my own friends were not for him, Els said afterwards. They kind of needled me a little bit, saying I was a suck-up. I just said: Go eff yourself. I played with the president and you havent. You cant please everybody.

Woods, currently nursing a back injury, was dazzled by the quality of Trumps ball-striking and the great banter. What most impressed me was how far he hits the ball at 70 years old. He takes a pretty good lash, Woods wrote on his personal blog. We both enjoyed the bantering, bickering and needling.

The PGA Tours latest event, the Honda Classic, got under way on Thursday at the PGA National Resort and Spa in West Palm Beach, Florida coincidentally, a stones throw from Trumps National Jupiter golf club. McIlroy played 18 holes with the president on Sunday at Trump International, a few miles to the south. Trump owns 17 golf courses in the US and around the world.

In May last year, Sports Illustrateds anonymous survey of Americas pro golfers revealed that Trump was favoured, politically, and Hillary Clinton was not even among the women on the LPGA. Forty-four percent of LPGA respondents said they wouldnt be voting for Clinton.