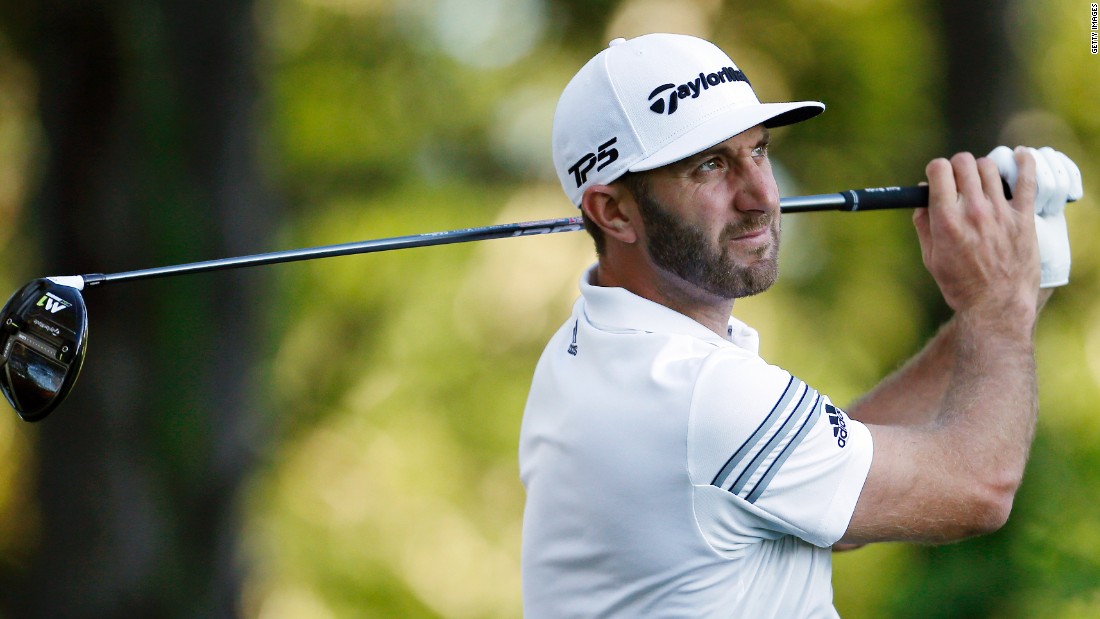 (CNN)He missed the Masters after falling down stairs on the eve of the tournament, but world No. 1 Dustin Johnson returns to golf this week hoping to resume his domination of the sport.

Follow @cnnsport
The 32-year-old was favorite for the year’s first major with three straight victories heading into Augusta, but he slipped at his rental home and fell heavily on his back and left elbow, and withdrew minutes before his opening tee time.

The American watched on TV at home as Sergio Garcia clinched his maiden major, but the fit-again Johnson will play in this week’s Wells Fargo Championship in North Carolina, starting Thursday.
“I haven’t practised much the last few weeks. Obviously I had to rest and it was sore for a while — a lot longer than I thought it would be,” he told the Golf Channel.
“I don’t really have many expectations but I’m feeling good. I feel like I am swinging really well so we’ll just have to see what happens.”

‘Best golf of my career’

Going into Augusta Johnson had won his previous three tournaments — February’s Genesis Open as well as the WGC Mexico Championship and WGC Dell Match Play in March.
Only Tiger Woods has won four straight starts on the PGA Tour.
“It was tough to watch [the Masters] but I couldn’t do anything else — I was still laying on the couch,” he added.
“I wanted to be there playing. I was playing the best golf of my career leading into the Masters so I didn’t want to watch it on TV, but things happen and I’m back out here playing now.”
Visit CNN.com/golf for more news and videos
Johnson will defend his US Open title at Erin Hills in Wisconsin from June 15-18.
The Wells Fargo Championship will be held at Eagle Point instead of usual venue Quail Hollow, which hosts the US PGA Championship in Augusta.
Also in the field this week are five-time major champion Phil Mickelson, former Masters winner Adam Scott, US Ryder Cup captain Jim Furyk, and exciting young Spaniard Jon Rahm.