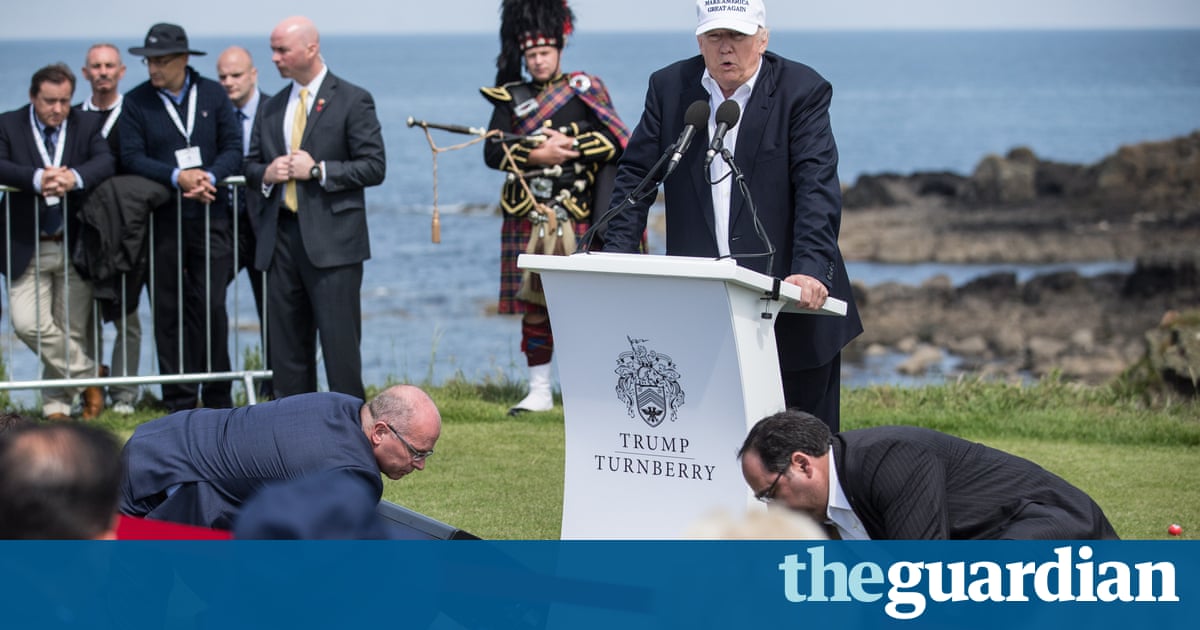 A Scottish golf resort owned by Donald Trump will no longer qualify for a controversial tax break, it has emerged.

The Sunday Herald revealed that a change in the Scottish governments recent budget will remove Trump Turnberry in South Ayrshire from a business rates relief scheme.

Scotlands finance secretary, Derek Mackay, introduced measures in February to help businesses in the hospitality sector. The move came in response to growing pressure to intervene to help struggling restaurants and hotels cope with the first revaluation of the rateable value of businesses since 2010.

Mackay faced calls to reform the transitional business rates relief scheme after it emerged in August that Trump Turnberry had benefited to the tune of 109,530 in 2017-18.

In response to a wider review of the business rates system, he announced in September that the transitional scheme would continue next year for all but the very largest hospitality properties.

Documents published alongside the draft Scottish budget this month state it will only apply for hospitality properties with a rateable value up to 1.5m.

According to the Scottish Assessors Association website, Trump Turnberry is now above the cut-off point with a rateable value of 1,650,000.

Trump bought Turnberry in 2014 but stepped away from the family business empire after being elected US president. His other Scottish golf course, in Aberdeenshire, did not qualify for relief because it is defined as a golf course rather than a hotel.