Alex Noren overturned a seven-stroke deficit at Wentworth to secure his ninth European Tour title at Wentworth, with eight birdies and an eagle giving him a 10-under-par 62 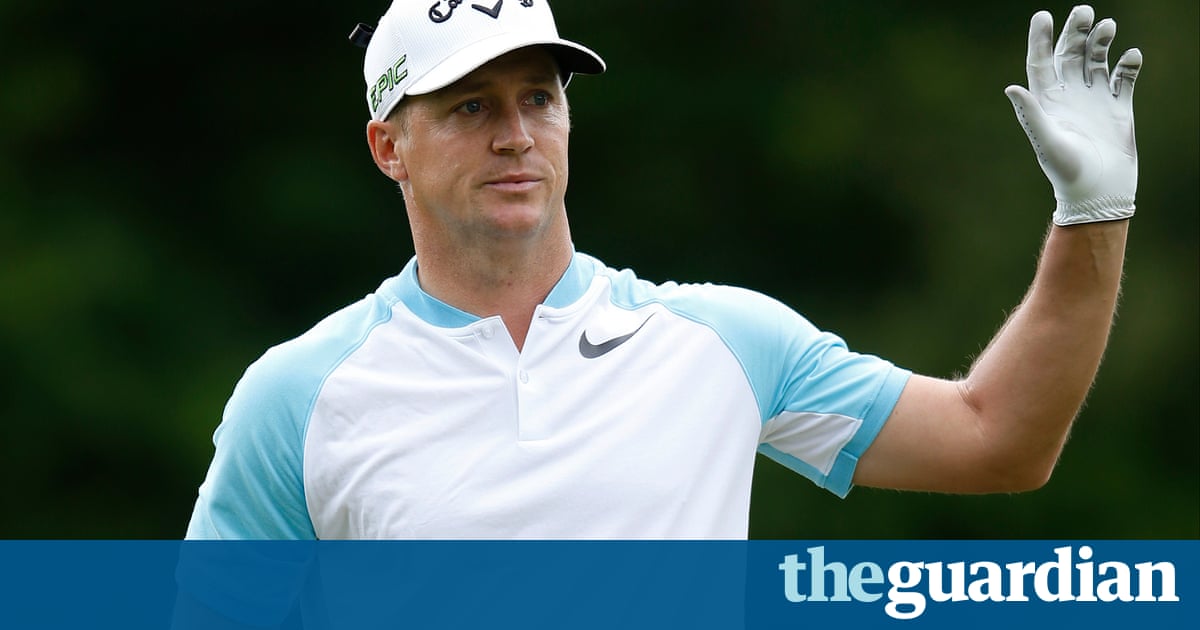 Alex Noren went into his final round of the PGA Championship hoping to play well so he could start next week on a high and came out of it with what he later reckoned was probably his best ever performance over 18 holes, a West Course record of 62 and enough to win the tournament by twostrokes.

The Swede, who completed his round just before the heavens opened, a little after 3pm, began his day seven shots off the lead but on an exhilarating afternoon in which player after player made birdies and the course record of 66 was equalled by Pablo Larrazabal and then broken by Dean Burmester soon after, Noren finished with an eagle three to set the target. He had picked up six shots in his last seven holes and then sat around as an hour or more of heavy rain helped douse the challenges of half a dozen or so live contenders.

I had not thought of trying to win this morning, said Noren, who will move into the worlds top 10 this week. My putting was probably the best its ever been and I thought after the birdie on 12: Its going very well. For me it was four days of almost perfect weather and it helped me today.

The challenges came from Shane Lowry, Henrik Stenson, Branden Grace and the overnight leader Andrew Dodt but they fizzled out during the downpour which should not have affected the performances of players of this quality. But that and scoreboard pressure had their effect as the birdies dried up and Norens lead, which the Swede thought was catchable just after he finished and he was ready for a play-off, began to look more and more unassailable.

Stenson did pick a shot up at the 18th to finish at eight under and a tie for third but bogeys at the 9th, 13th and 15th had already put the skids under his chances after a strong start with six birdies up until the 12th. Lowry was another to eagle the last but double-bogeys at the 15th and 17th had done for him and he finished at seven under after picking up four shots on the front nine and after only 11 putts for that stretch.

Hideto Tanihara, his playing partner, also picked up four on the front nine but after playing through the rain his putt lipped out at the last and cost him a share of second as Francesco Molinari sailed past him soon after with a birdie-birdie finish for a 68 and nine under.

Obviously, Alex did something quite special today so it was hard to beat, the Italian said. Today was playing obviously easier [than Saturday] with no wind on the front nine, but with the rain you just lose a bit of control and it just makes it a bit harder. I did well to manage the situation, and Im happy with that.

Nicolas Colsaerts, who finished halfway through the downpour with a 65 for an eight-under finish, was another to wonder what might have been as he hit out of bounds at the 15th and made double-bogey, though a share of third place with Stenson and Tanihara is probably not his biggest disappointment.

Lowry, Grace and Dodt had shared the lead at nine under at the turn but they were to be joined by Noren, who peeled off three birdies in four holes from the 12th, had a great up and down to save par at 15, and with the threatened rain in the air, fired in a five iron to leave himself that three-footer for the clubhouse lead. I knew I had a shot at the 62 but its not the easiest eagle hole, he said.

It was probably one of the best shots Ive ever hit. I finished on a bad double there yesterday, trying to hit close. I started birdie, birdie today and thought: OK, Im level now. Things are going in the right direction.

Burmester had made birdie at the last for a 65 to set the early target of six under with his course record. The South African said at the time he felt he was a couple of shots short but would be hanging around in readiness for the downpour and in the hope it opened a door for him. Forty minutes or so later Norens finish meant he was free to carry on his day, and the most fleeting of records had gone.