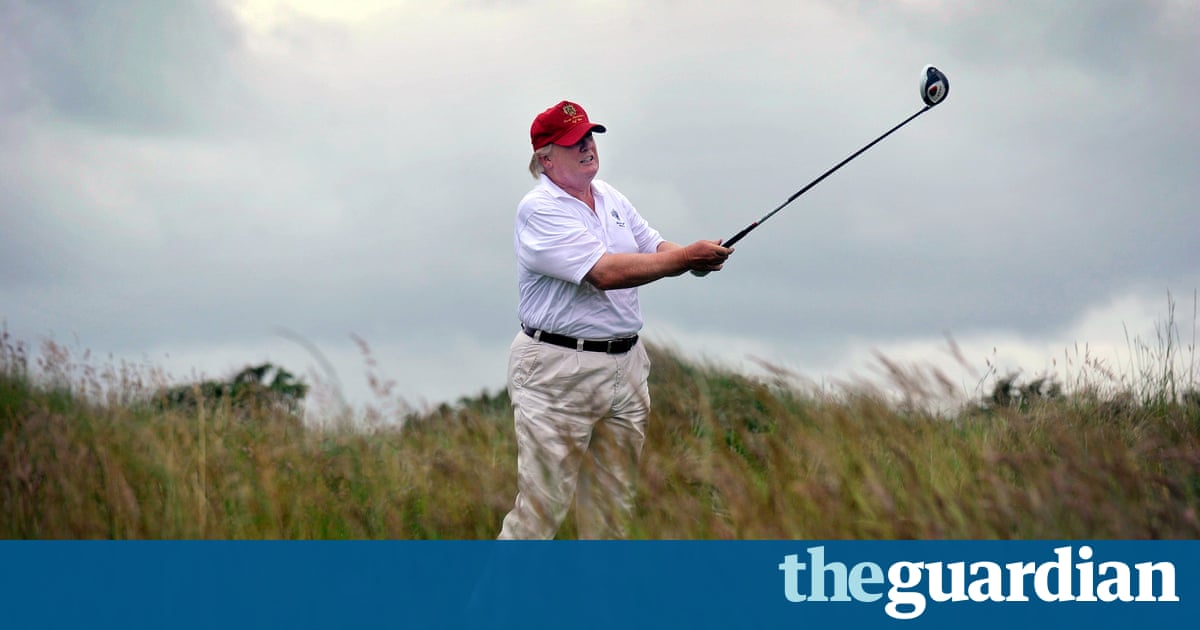 A court has thrown out an attempt by Donald Trumps company to block the release of significant evidence in a damages action for breach of privacy.

Staff from the US presidents golf resort in Aberdeenshire secretly photographed a rambler, Rohan Beyts, without her consent. Lawyers for Trump International Golf Course Scotland (TIGCS) claimed in Edinburgh sheriff court that police witness statements from the staff who took the photographs could not be released.

Beyts is suing the Aberdeenshire resort for 3,000 in damages after it complained to the police that she breached public decency laws when she ducked down in dunes on the edge of the course to urinate.

The Guardian revealed last year the company had not been registered under the UKs strict data protection legislation at the time, despite operating an extensive CCTV system and holding records of thousands of golfers, its contractors and staff. The resort insisted this was due to a clerical error.

Beytss case is due to be heard in early April and the companys role in using mobile phone footage when it complained to the police is central to her case for damages.

She said police in Aberdeenshire said the company had photographic evidence of her ducking down in the dunes, implying that the company itself showed the images to police or told the police they existed.

Laura Irvine, the lawyer acting for TIGCS, admitted on Thursday that two employees had taken photographs of Beyts but she told the court they had done so without the companys approval.

She told Sheriff Peter Braid that releasing the two employees statements risked their privacy and would breach the Data Protection Act.

Braid dismissed her objections, insisting there was no risk the police would disclose confidential data or information in those statements. He pointed out that the lord advocate, Scotlands senior prosecutor, had not objected.

Im not sure that the Data Protection Act is relevant, he told Irvine. If the court decides that they are relevant, surely that trumps pun not intended any data protection issue.

Braid upheld the application from Beytss lawyers, Govan Law Centre in Glasgow, ordering Police Scotland to release the notebooks of three police officers involved in charging Beyts under the Civic Government Scotland Act in April last year, as well as any data, photographs or video they held on the case, excluding internal correspondence with prosecutors or other senior officers. The charges related to public annoyance and were later dropped.

Earlier this week TIGCS confirmed it would release the names of the employees involved, their current employment status and the companys policy on mobile phone usage at work.