Framed Time cover featuring president and the headline The Apprentice is a television smash! has reportedly been seen hanging at five of Trumps clubs 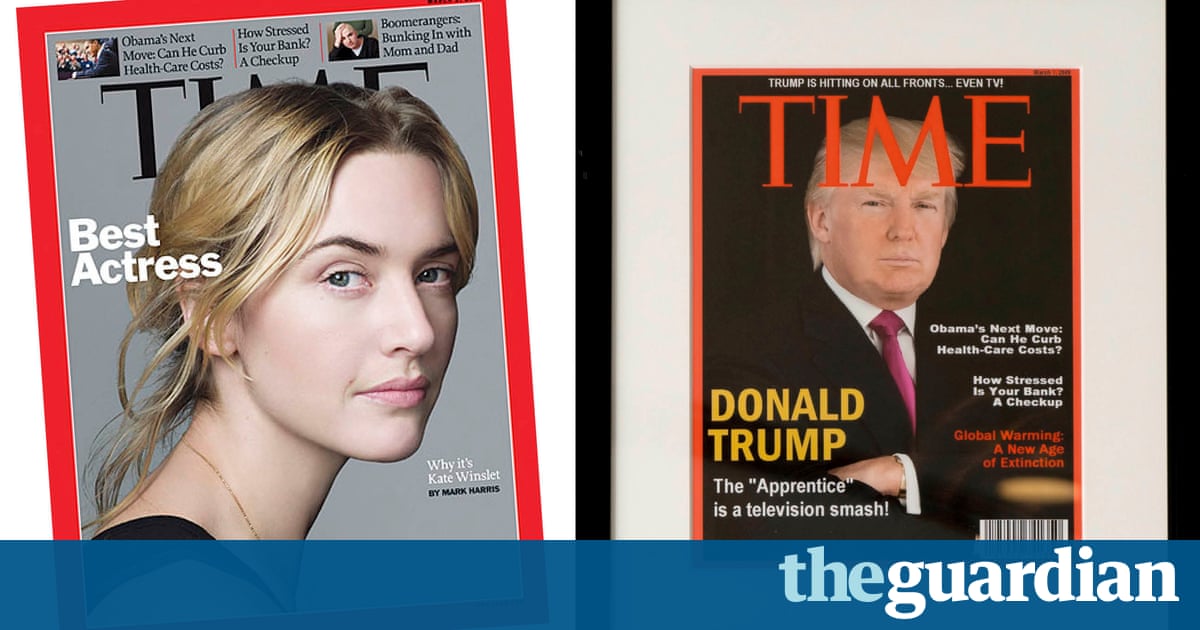 Time magazine has asked the Trump organisation to remove fake covers bearing his image from his golf clubs.

The Washington Post reported on Tuesday that a framed Time cover featuring Trump and the headline Donald Trump: The Apprentice is a television smash! [sic], seen hanging at Mar-a-Lago in Florida, was faked.

At the top of the page, in capitals, was the proclamation: TRUMP IS HITTING ON ALL FRONTS EVEN TV!

The cover was reportedly on display at four other golf clubs owned by the US president.

The image, dated 1 March 2009, had never run in the magazine in any format, a Time spokeswoman said. The real March edition featured actor Kate Winslet.

I can confirm that this is not a real Time cover, Kerri Chyka wrote to the Post. The paper said Time had asked the Trump organisation to remove the covers from display.

At first glance, the Trump front cover looks authentic, but on closer inspection, the red line framing the page is too thin, lacks a white outline and the use of exclamation marks is unorthodox.

Sarah Huckabee Sanders, a spokeswoman for the president, said she would not comment on the decor of his golf clubs.

The drama over the cover prompted glee from Trumps critics on Twitter.

Sign up for the Minute email. Catch up on todays US politics news in 60 seconds