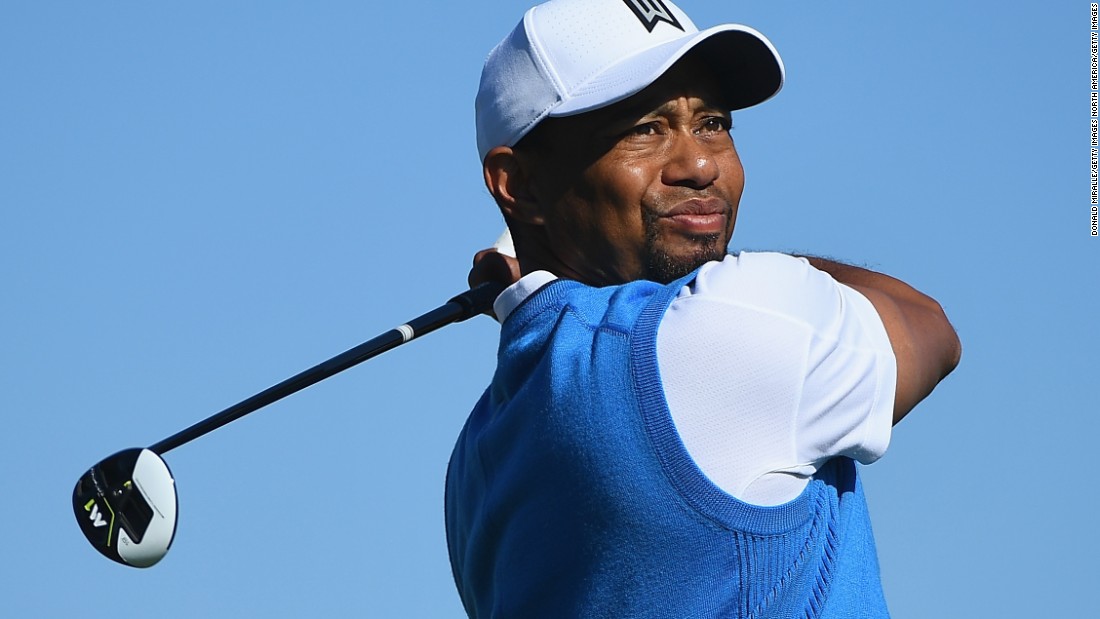 (CNN)The wheels fell off for Tiger Woods as he suffered a back-nine breakdown in his first competitive round of 2017 and went on to miss the cut at the Farmers Insurance Open in California.

The former world No. 1 carded rounds of four-over 76 and level-par 72 at Torrey Pines to be four shots outside the qualifying mark as he bids to get his career back on track.
Woods, playing in his second tournament since a 16-month injury layoff, was always struggling after his first round on the South Course at a San Diego venue where he has won seven PGA Tour titles at Torrey Pines and he clinched the last of his 14 majors — the 2008 US Open.
“I’m rusty,” was the explanation Woods offered after failing the make the final two days, but most of the damage was done on Friday where after a promising start he dropped shots on the back nine.
Woods opened with a bogey but reached the turn one over after eight straight pars.
Two birdies followed at the 10th and 11th but three consecutive bogeys and a double bogey at the 15th ruined his card.
He dropped another shot at the 17th before knocking in a birdie at the par-five last.
Woods hit only four of 14 fairways, and nine of 18 greens in regulation (leaving two putts for a par).
READ: Tiger Woods’ clubs Taylormade for comeback
READ: Discover Jason’s perfect Day
READ: Tiger impressed by Trump’s golf game

READ: 20 years of Tiger Woods — where it went right and wrong
READ: Is Jack Nicklaus’ major record untouchable?
READ: A first Asian-born world No. 1 in 2017?
“I was fighting out there all day. Didn’t really hit it that good,” Woods told reporters.
“I was in the rough most of the day and it was tough. It was wet.”
Woods was playing alongside US Open champion Dustin Johnson and world No. 1 Jason Day, who also eventually missed the cut at the early season tournament.
Woods finished 15th of 17 in December’s Hero World Challenge on his return from a lengthy spell away from the game to recover from multiple back surgeries.
The last of his 79 PGA Tour titles came in 2013, when he won five times.
Visit cnn.com/golf for more news and video
He is scheduled to play in the European’s Tour’s Dubai Desert Classic next week, followed by the Genesis Open in California (February 16-19) and the Honda Classic in Florida (February 23-26).