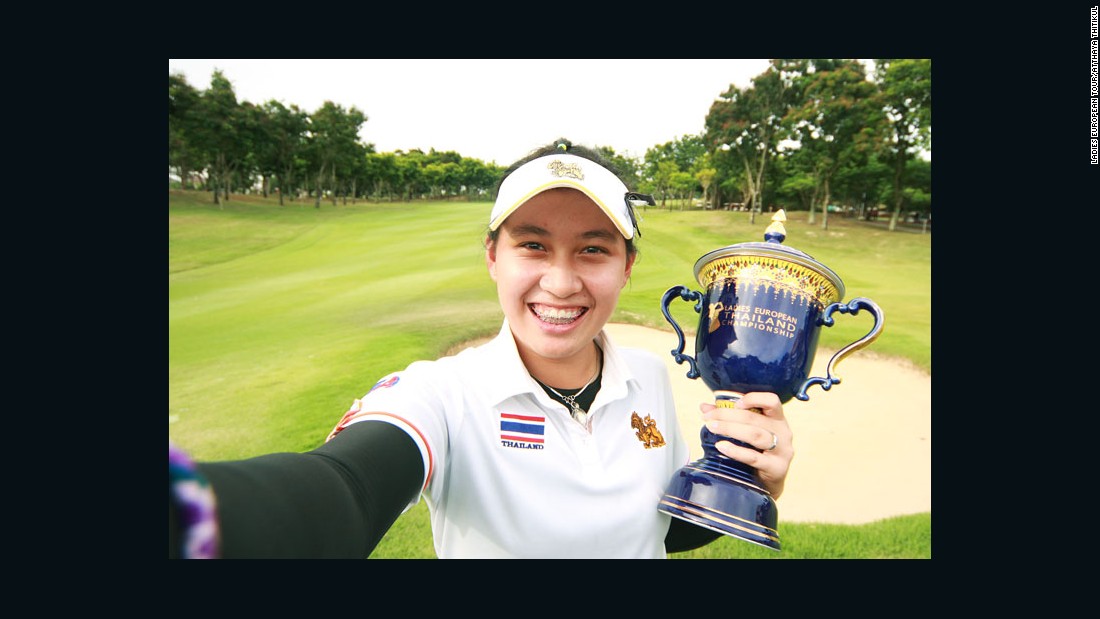 (CNN)She took up golf at the age of six and just eight years later Atthaya Thitikul finds herself as the youngest winner of a professional golf tournament.

“I committed to every shot I hit and stayed relaxed,” Thitikul told the Ladies European Tour website. “My caddie helped me a lot, not to think too much, to focus on my game plan and to plan the tee shots and second shots.

Despite her record-breaking victory, as an amateur player Thitikul was ineligible to collect her prize of 45,000 ($51,000), with second-placed Menendez taking home the money.
“I’m so happy and proud of myself,” said Thitikul. “I did not look nervous, but of course I felt nerves on the first tee and on the first hole.”
It was Thitikul’s father who encouraged her to take up golf.
“When I was younger, aged six, my father told me to play sport and he offered tennis or golf and I watched golf on TV and I liked it.”
Visit CNN.com/golf for more news and features
She’d already showed signs of her talent, leading up to her debut at a professional tournament, finishing as a runner up in the Queen Sirikit Cup in China, before going on to win the Taiwan amateur Open in June.
“This trophy,” Thitikul said, “I give to Thailand and the Thai people.”