Viewers should not feel emboldened to change the outcome of a tournament and, more importantly, the sport should not let them 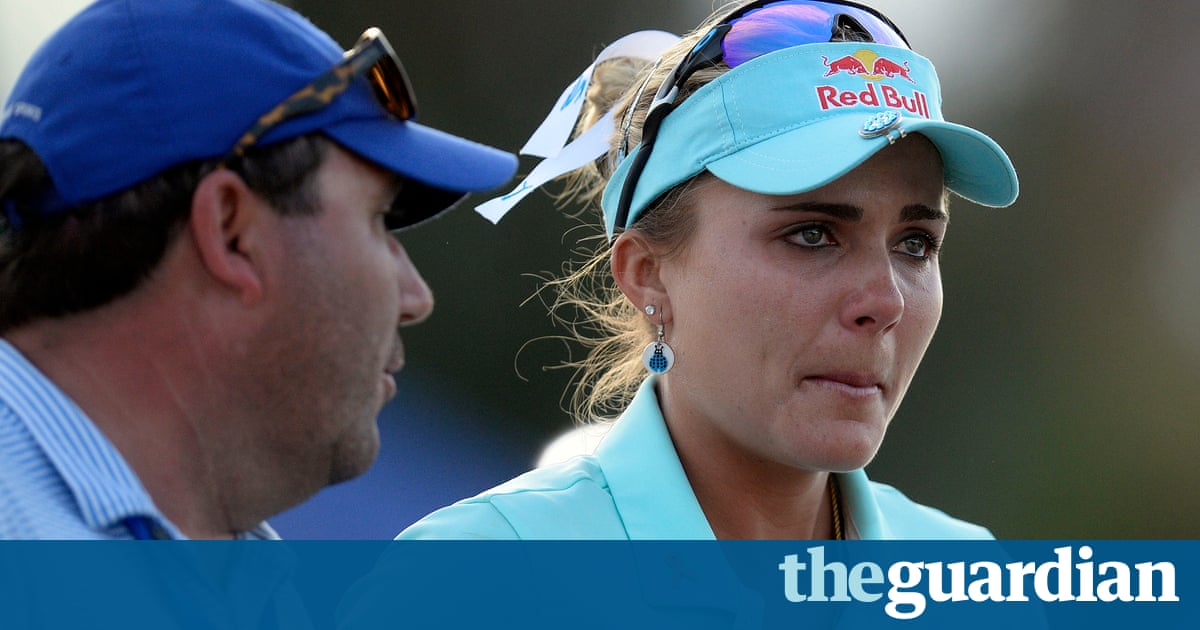 Imagine this: youre driving with your seatbelt unfastened because you forgot to snap it in place while hurrying to get in your car. Then, while stopped at a red light, a pedestrian sees you. They take a picture, jot down your license plate number and email the police with the evidence. A week later you receive a ticket in the mail, attached with a picture that you did not know had been taken, committing an infraction most of have done from time to time.

Youd be both incensed and mystified and reasonably so.

This is essentially what happened to golfer Lexi Thompson on Sunday during the womens first major of the year, the ANA Inspiration. The 22-year-old was set to win the second major of her career: with six holes left to play she led by three strokes.

However, someone was set on ruining Thompsons day. During the final round, a TV viewer emailed a video clip from Saturdays play showing Thompson misplacing her marked ball on the putting green. The LPGA officials docked Thompson four strokes and suddenly she was in second place. Thompson went on to make three more birdies, forcing a playoff with So Yeon Ryu. Despite Thompsons efforts she lost in the playoff. For a sport that struggles to grow, incidents like this make golf seem incredibly uptight.

Referees and rules officials are hired by sports organizations for a reason: to monitor the games and matches played. Yes, there are times when officials get it wrong and its infuriating when your team is affected by bad calls. So why does golf allow for TV spectators to affect the outcome of the tournament?

No one has a clue, and golf organizations have never provided a credible reason. Sadly, Thompsons case is not the first time this has happened in golf.

At the Masters in 2013, Tiger Woods was assessed a two-stroke penalty for hitting from the wrong spot when a viewer texted an official (the viewer in question was later revealed to be a former PGA tournament director). Woods, who at the time was three strokes off the lead, was penalized the next day. Earlier the same year, Stacy Lewis was given a two-stroke penalty when a TV viewer called the LPGA to say they had spotted her caddie testing the surface of a bunker in the third round.

Can you imagine if that happened in, say, the NBA finals? Um, were sorry LeBron, but, yeah, were gonna have to give that trophy to the Golden State Warriors. We got an email last night from a viewer that showed you committing a technical foul, and so, if you could return that trophy ASAP, thatd be great. K, thanks bye.

Golf is set up for these incidents more than other sports. Like Test cricket, it is one of the few sports where a game lasts a few days. In an NBA or soccer game, by the time a viewer had emailed in the contest would be over. But even if time wasnt an issue it wouldnt happen in others sports because its ridiculous.

Golf is a game built on integrity and the ability to live with your own conscience players often call penalties on themselves and serve as their own referee. Perhaps Thompson knew she placed the ball incorrectly and thought she could get away with it. Or more likely, Thompson did not realize that she had placed the ball just centimeters closer to the hole, providing her no advantage whatsoever.

Such slips happen are fairly common. During my time as a professional, I did not have a victory snatched from me particularly by someone I had never met. However, in one tournament I shot eight-under in the final round to hoist me to third place. I was elated, so much so that I forgot to do something very important: sign my scorecard. By not signing my card I was quickly disqualified. This cost me thousands of dollars, but also my best finish in a professional event. While it was certainly my fault, the pain of having nothing to show for my play was excruciating. I was able to take personal responsibility for my mistake, while Thompson and other golfers who have incurred penalties due to TV viewers are left to fume at people who they will never meet.

Whatever the case, if the infraction was not seen by the rules official walking with the group at the time, nor by any of the players in her group, then a penalty should absolutely not be assessed the following day.

The world No1, Lydia Ko, took to Twitter after Thompsons upset, writing: Unbelievable … really need to change and do something about people being able to call in!

Tiger Woods even chimed in, drawing from his own personal experience, Viewers at home should not be officials wearing stripes. Lets go @Lexi, win this thing anyway.

The only thing that would make armchair referees semi-acceptable is if they made their identities known. Want to be a rules official? Great! But be ready to accept the vitriol that comes along with it, like pissing off players (and fans) and having to deal first-hand with their anger and frustration.

Or perhaps golf organizations could set up a course for viewers to become certified armchair referees, going through the same rigorous certification process actual rules officials have to adhere to. Until then, viewers should not feel emboldened to change the outcome of a tournament and, more importantly, the sport should not let them. Golf should remain in the hands of officials and players on the course.