Kevin Kisner is on seven under par, one ahead of Chris Stroud and Hideki Matsuyama, after the third round at Quail Hollow of a US PGA that has not been easy on the eye 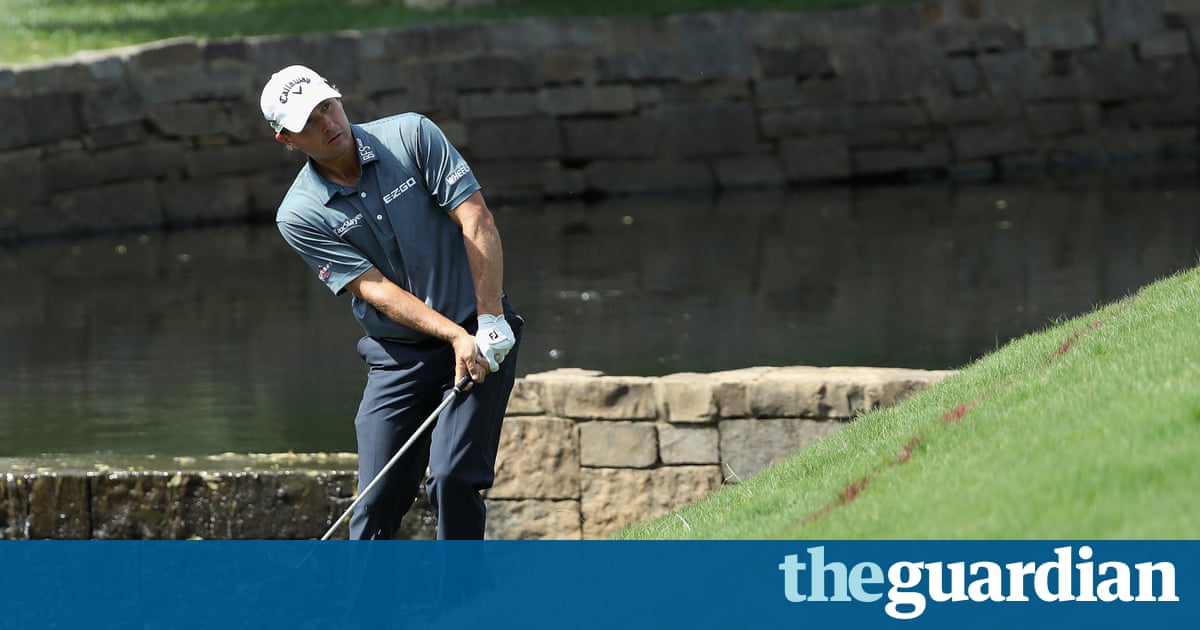 The 99th playing of the US PGA Championship has sporting parallels. There is, for example, the grim scoreless draw that football hipsters insist is wonderfully entertaining on grounds of defensive performance. Factor in a dour five-day cricket Test that ends without a winner and a fuller picture can be drawn.

Somebody will prevail at this major eventually but the event has already triggered a debate. Those seeking spine-tingling entertainment need look elsewhere. On a tense third day, during which standing still was valuable to many of those in the upper echelons of the leaderboard, golf purists insisted this is what major championship play should be all about. It is, though, a hard sell. The margin between good and bad shots has at times been impossible to decipher.

To the basic particulars. Kevin Kisners 72 means he leads, by one, at seven under. Chris Stroud, the world No203, and Hideki Matsuyama are those closest.

The latest sign that Matsuyama may wilt under the pressure of trying to deliver a first major win for Japan arrived as he slipped to a 73. He is, though, very much part of this equation. Justin Thomas, who fell short at the US Open in June, afforded himself redemption with a 69 which moved him to five under.

Golfs administrators probably cannot win. They would be castigated for overseeing a major setup that delivers the kind of target golf and low scores that are common on the PGA Tour. Brutal tests as delivered most commonly at the US Open have also been subject to widespread wailing. Yet surely it is feasible to have something in the middle. Quail Hollows treacherous greens, combined with iffy pin placements, have thus far ensured a spectacle which is unlikely to appeal to the broader masses. On a couple of holes, it has been stretched, said Jordan Spieth after his third round, in submitting his application to join the diplomatic corps. Exhibit A: the 1st, which did not yield a single birdie from 75 Saturday players.

Of course, whoever walks off with the Wanamaker Trophy will not give a second thought to external opinion. Kisner and Stroud are seeking what would be stunning successes given their positions in golf. The former has never recorded a major top 10. Of those in close pursuit only Louis Oosthuizen, at minus five, has a major to his name. Jason Day was in the same category before encountering comedy chaos on the 18th.

Rickie Fowler played the last three holes in four over, a 73 meaning he sits at one under. Paul Casey had a similarly dire finish, meaning a 74 for even aggregate. Patrick Reeds 69 moved him to minus two.

Given that Spieth had forcibly insisted there would be no added pressure attached to this, a first go at a career grand slam while seeking to be the youngest player to complete it, he would not be heading for the bottom of a whisky bottle upon realisation victory would pass him by. Spieth started day three at the same figure over par and remained there, a scenario affected in no small part by an ugly double bogey at the last.

The PGA Championship I think is going to be the toughest for me. If we look historically back on my career, I think I will play this tournament worse than the other three majors just in the way that its set up.

I feel like my game truly suits the other three majors maybe more than a PGA Championship. But I believe we can play anywhere and can win anywhere. Its just a matter of having everything in sync at the right time.

Typically, Spieth will not lack Sunday motivation. We could break the season into quarters, he added. This is the start of the fourth quarter.

At the US Open on Sunday, I was out of it but I gathered a little something off that round that led to two wins in two tournaments after that including a major. Just one round like that can do that. Thats what Im looking to do here.

Rory McIlroy had probably come to terms with the year not yielding another major title even before his third round. The Northern Irishman has suffered all manner of disruptions in recent months, with a rib problem still affecting him. Im looking forward to 2018, said McIlroy with a rueful smile after posting a 73. Hercule Poirot is hardly required to discover the root of the four-times major champions problems; 30 putts on Saturday were from a total of just 49ft.

A figure that bothered McIlroy more, and rightly, related to time. Five hours and 20 minutes out there in that heat was a little too long for my liking, he said. For tournament organisers to allow such a situation, let alone contribute to it, represents a gross dereliction in respect of raising this sports appeal. Of that there can, at least, be no doubt.