Rory McIlroy has faced predictable criticism for playing a round with the US president, but he can take the sting out of the controversy by telling us whether Trump cemented his reputation as a cheat on the course 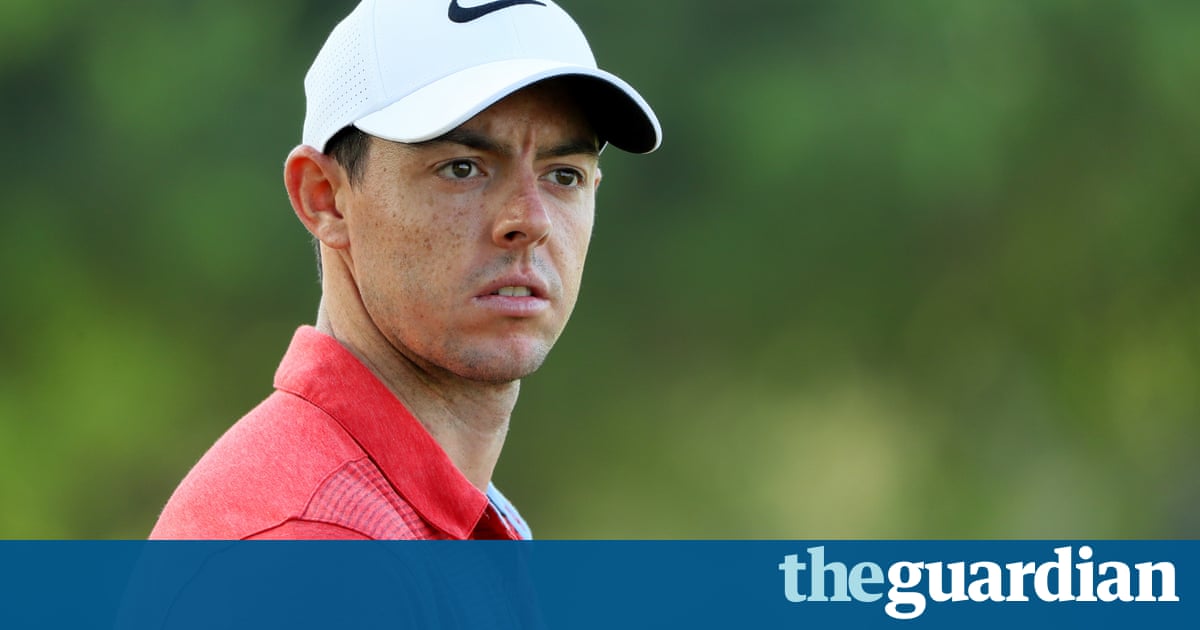 Once again, Rory McIlroy must be kicking himself that he became a top international golfer instead of a grubbing hack. If youre a writer and you somehow wangled a round of golf with the US president, no one would blame you for going along for a gawk. In fact, theyd blame you if you didnt. Youd be failing in your duties, and questions would have to be asked.

What did you get into this game for, if it wasnt to seize the chance of exclusive access to the most powerful man in the world (or maybe the second most, depending on where you stand on The Allegations)? You are duty-bound to be nosy, to observe every detail, and to take all you can from an afternoon inside Donald Trumps leisure-industrial complex. And then, obviously, to tell the rest of us about it. We are all on this earth to have extraordinary experiences, are we not?

As a multimillionaire world No3, however, you get no end of stick if as Rory did last weekend you play 18 holes of golf with the US president. According to reports, McIlroy accepted an invitation to join Trump on his Trump International course in South Florida. He is pictured in a tweet by a golf equipment manufacturer grinning alongside Trump and a couple of extras. At least Rory has declined to join the president in a thumbs-up, unlike journalisms Michael Gove.

Of course, we knew the president had made time for a full round the very second the White House spokeswoman insisted hed only played a couple of holes. And McIlroy is not the first big name to play with the president since the inauguration. Ernie Els (would you believe) jumped at the opportunity, and played the previous weekend with Trump and the Japanese prime minister, Shinzo Abe.

Even so, some people are surprised at McIlroys decision. With the best will in the world, I stopped hoping for the rise of the liberal PGA activist some time ago, and urge those feeling this one particularly keenly to get used to disappointment.

If McIlroy himself is feeling a little bruised, however, I am more than glad to offer a few pointers on his journalistic swing. With the right moves, he can still get out of this one. First up, sir: your match report was wholly unsatisfactory. Lets have a look at it, in its entirety, as he told it to the golf blog No Laying Up. He probably shot around 80. Hes a decent player for a guy in his 70s.

Well now. I suppose it might be argued that not telling us exactly what Trump shot is quite the most telling thing you could do. Saying probably around 80 makes me think it was at least 121. Even so, please confirm at your earliest convenience.

The second mistake McIlroy makes is to play the gentleman. Dont bother. It may seem counterintuitive, but the key thing about rounds of golf with Donald Trump is that all will be forgiven if you add your voice to the vast canon of those who claim the president cheats.

It doesnt matter how famous you are, your credibility will in no way be tarnished for the fact of the round of golf, as long as you do the decent thing and tell the world that Trump always got the sweetest lies, right in the middle of the fairway, even though you basically watched him take a right-angled tee shot.

One of the most detailed accounts of this aspect of the presidents game came courtesy of Oscar De La Hoya, who told the Associated Press that Trump cheated twice in two holes. He hit his first ball into the water, his second out of bounds, his third into the water again, and his fourth into the bushes. What he does is he tees off first, explained De La Hoya, so we go off to our balls and what do we see but Donald Trump right in the middle of the fairway. He said, Hey look, I found my first ball. Hmm. The next hole was a par three. Having hit into some bushes again, Trump took his cart to the green. When the others arrived, they saw that Trumps ball was a mere three feet from the hole. According to De La Hoya, Trump simply picked it up, explaining, Its a gimme.

Oof. Multiple other accounts have offered a version of His caddy cheats for him. Still, here lies another opportunity for McIlroy to bring insight to the wider public. Does Trump only allegedly cheat with celebrities and non-pro golfers? Or do he and his caddy even try it on with a world No3?

My final advice to McIlroy is to go big on this one. Most golf anecdotes are essentially 90% exaggeration, a fact perhaps understood even by Kim Jong-il when he related shooting that famous 38 under par, including 11 holes in one, in Pyongyang. Closer to home, my father-in-law is a majestic teller of tall tales. He once told me a golf-related anecdote from the 1970s, sections of which decade he can remember. It genuinely began: So Im playing golf at this unbelievably beautiful club in Thailand. I mean, youve never seen anything like it. There are only three members me, the prime minister, and Idi Amin What can I tell you? Ill overlook a lot in a golf anecdote if it delivers. Over to you, Rory.