Anya Alvarez: Aditi Ashok, who last year became the youngest ever winner of a Q-school for an international tour, has a special opportunity to grow golf in her home country 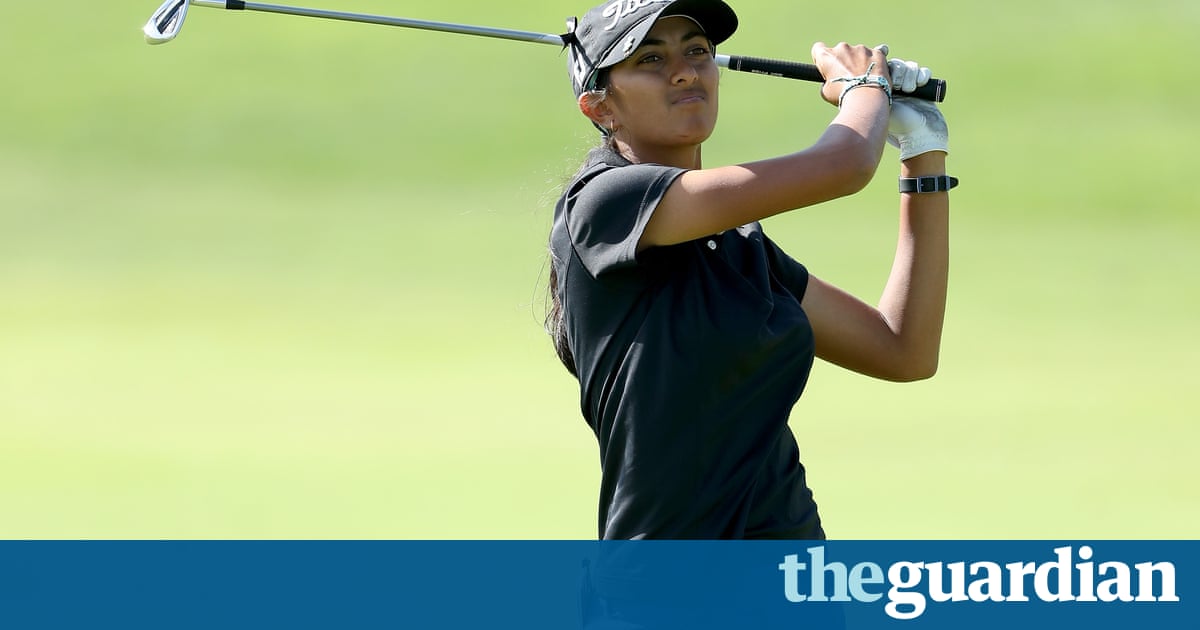 Aditi Ashok is quickly becoming the face of golf in India. Last year, the 18-year-old represented India at the Rio Olympics when golf made a reappearance after a 108-year hiatus; she became the youngest golfer to win the Ladies European Tours qualifying school, making her the first Indian-born golfer to win a Q-school of an internationally ranked tour; she subsequently won two LET tournaments, becoming the first Indian to win on the tour, earning rookie of the year; and in December, she became the second Indian-born golfer to earn her LPGA tour card.

When she picked up golf at five years old, it immediately clicked, I liked the fact that golf was an individual sport. Each day was a different experience and thats what kept me interested, as I never got bored with the game as a child.

She dedicated herself to golf, foregoing playing competitively in other sports and in the process she started racking up trophies. Then, at 13, she turned more heads when she won a professional event on the Womens Golf Association of India tour. This victory reinforced what perhaps she already suspected: When I won, I felt that my game was at a level where if I worked harder then I would be able to compete on the global stage.

But as a junior golfer, she did not have many Indian golfers to look up to, particularly female golfers. While Smriti Mehra became the first Indian-born golfer to earn status on the LPGA in 1997, Ashok said Swedish Hall of Famer Annika Sorenstam was her hero.

Ever since the British introduced India to golf with the construction of the prestigious and private Royal Calcutta Golf Club in 1828, the sport has struggled to find its footing in India, where cricket is king. But it has less to do with people not having an interest in golf as much as it does with economics and accessibility. The Pew Research Center recently found that only 15% of the population can truly be considered the middle class, who on average make $10 to $20 per day. A round of golf at public golf courses can cost between 500-750 rupees, which is $7-11. The cost, coupled with the fact that 30% of the population lives below the poverty line, certainly contributes to the sports languid growth.

The second pressing issue: there simply arent enough courses. Currently, there are 210 golf courses in a country of 1.2bn people. Compared to the United States, which has 15,372 courses for a population of 318.9m, physical accessibility is extremely limited in India. Even more limiting, 40% of the golf courses are on military bases and restricted to military personnel.

Ashok hopes to see this change: We definitely need more golf courses in India, because for the population there arent enough. Perhaps they could build more public facilities so golf can reach more of the masses.

But despite the hurdles golf faces in India, there are several organizations whose mission is to help promote the sport to the general public. The Indian Golf Union, founded in 1955, has worked hard to promote golf, stating that its mission is the promotion and development of golf in India duly approved by the Ministry of Youth Affairs and Sports, Government of India.

In 2004, the Womens Golf Association of India,was created under the IGU, with the goal to promote womens golf. The WGAI hosts a series of professional golf tournaments for female pros, and created the first ever Caddy Training Program for both males and females in partnership with Ministry of Tourism of India in July 2012.

The Golf Foundation, founded by avid golfers in India in 2000, specifically funds junior golfers who otherwise would not be able to afford to train. The selected juniors receive daily stipends, specialized coaching, and state-of-the-art golf equipment. In addition, the juniors receive financial assistance to play in golf tournaments.

These small initiatives are part of the reason golf is the fastest growing sport in India, according to Indian golfer Jeev Milkha Singh, who was the first Indian golfer to play on the European Tour and win. He stated with the growing number of golf tournaments and golf foundations that India, is moving in the right direction and that golf is going to get bigger. There are very few stats to support this statement, but the IGU said on average they have enrolled 600 new members each year.

Singh also stated in an interviewthat having golf in the Olympics would certainly help with the sports popularity. In India, we have one public golf course and one public driving range in New Delhi, he said. Im hoping this changes with golf being included in the Olympics because our government will hopefully make more of an effort to build more public driving ranges and more public golf courses, so anybody who wants to play is given an opportunity.

Ashok reiterated that the Olympics certainly sparked an interest in golf that was not there before, After the Olympics, I think golf in general and womens golf in particular became more well known, if not famous in India. A lot of people are now aware of the sport and want to follow it and maybe even try it out.

Nicolas Cabaret, Ashoks strength and conditioning coach, has worked with her since 2010, and believes she has a special opportunity to grow golf in her home country. Outside of her sphere of influence though, he concludes the role of growing golf should not be put strictly on its professionals. The main role [of growth] still remains with any national federation. The promotion of the sport is one of the most important task for a federation and it is important that every federation organize and design a long term project in order to get more members.

So as Ashok prepares for this upcoming LPGA season, her focus is not on the history shes made but on the impact she hopes to make through playing well, I know I am the only one from my country competing out there, but I just focus on my game and I know if I work hard and do well, it might help increase interest for the game to grow in my country.