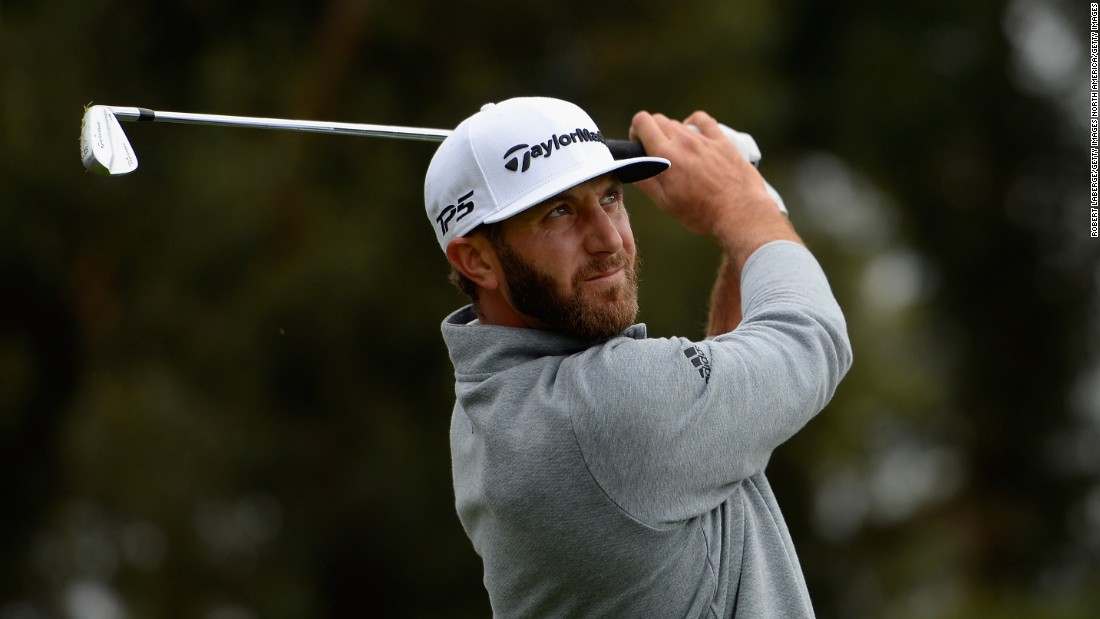 (CNN)Dustin Johnson joined an illustrious list of golfers Monday as he was officially crowned the world’s number one-ranked player following victory at the Genesis Open.

Johnson’s five-shot victory at the Riviera Country Club in California Sunday lifted him from third to first and supplanted Australia’s Jason Day, who had held the top spot since March 2016.
Follow @cnnsport
US Open champion Johnson finished the tournament on 17 under par following a final round of 71 to clinch the 13th PGA Tour victory of his career, as Belgium’s Thomas Pieters and fellow American Scott Brown tied for second.
“I played really well,” Johnson told reporters. “I wasn’t really thinking about my world ranking … I mean, I look at the world golf rankings but it’s not like my goal … I want to win the golf tournament I’m playing.
“If I get to No. 1 from winning the golf tournament obviously that’s a bonus. The most important thing is winning golf tournaments.”
READ: New setback for Tiger’s comeback
READ: Tiger says he’ll never feel great again
READ: Pebble Beach win is ‘bucket list,’ says Spieth
READ: Johnson survives ruling to win first major

Johnson became the 20th player to achieve the top spot in golf since the rankings were introduced in 1986, but confessed to being slightly confused as to how they are calculated.
“I don’t really understand it but I can read the one, two, three — so I guess that’s all that matters,” the 32-year-old said.
Golf’s world rankings are worked out over a two-year “rolling” period, according to the official website, with points awarded in tournaments maintained for a 13-week period to ensure an emphasis is given to recent performances.
Tiger Woods holds the record for most time ranked No. 1 with 683 weeks, while two-time British Open champion Greg Norman is a distant second with 331 weeks at the top.
Asked by a reporters what is harder to achieve, winning a US Open title or becoming world No. 1, Johnson sided with the rankings.
“To be No. 1 in the world you’ve got to play very well for a long period of time. Winning a major is unbelievably difficult too but you only have to play well for four days,” he said.
“So probably No. 1 in the world because you’re really not going to get there without winning a major — I mean, I guess you can but it’s hard.”