Donald Trump tees up for golf with Tiger Woods 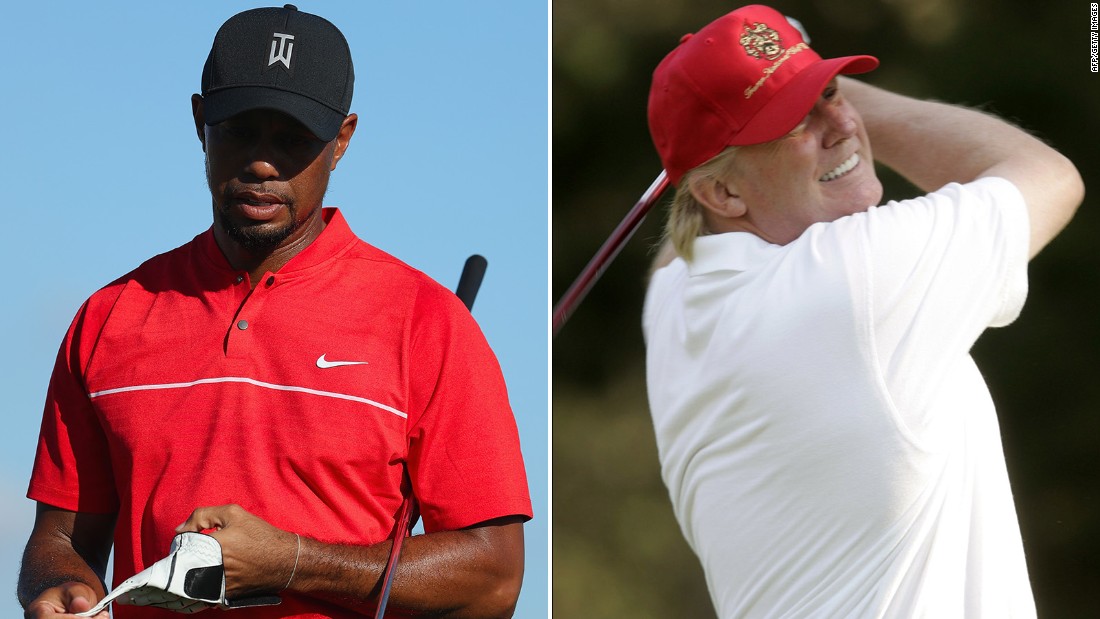 A transition source told CNN Thursday Trump will host Woods in Florida at his Mar-a-Lago resort ahead of the Christmas holiday. They will play at the Trump International Golf Club in West Palm Beach, according to Golf Digest, which first reported the plan to play.
Woods has previously played with President Barack Obama, an avid golfer — Trump has in fact repeatedly criticized Obama’s indulgence in the game. Trump also frequently hits the links, and has a handicap of 2.8, according to Golf Digest.
Trump perhaps previewed his intention to play with the champion golfer a few weeks ago, when he tweeted that it was “great to have you back, Tiger — Special!”

"@TigerWoods: Can’t wait to get back out there and mix it up with the boys. –TW #heroworldchallenge" Great to have you back Tiger – Special!