Trump Organisation warned in court its staff are at risk of prosecution for photographing women, even though Rohan Beyts lost privacy case 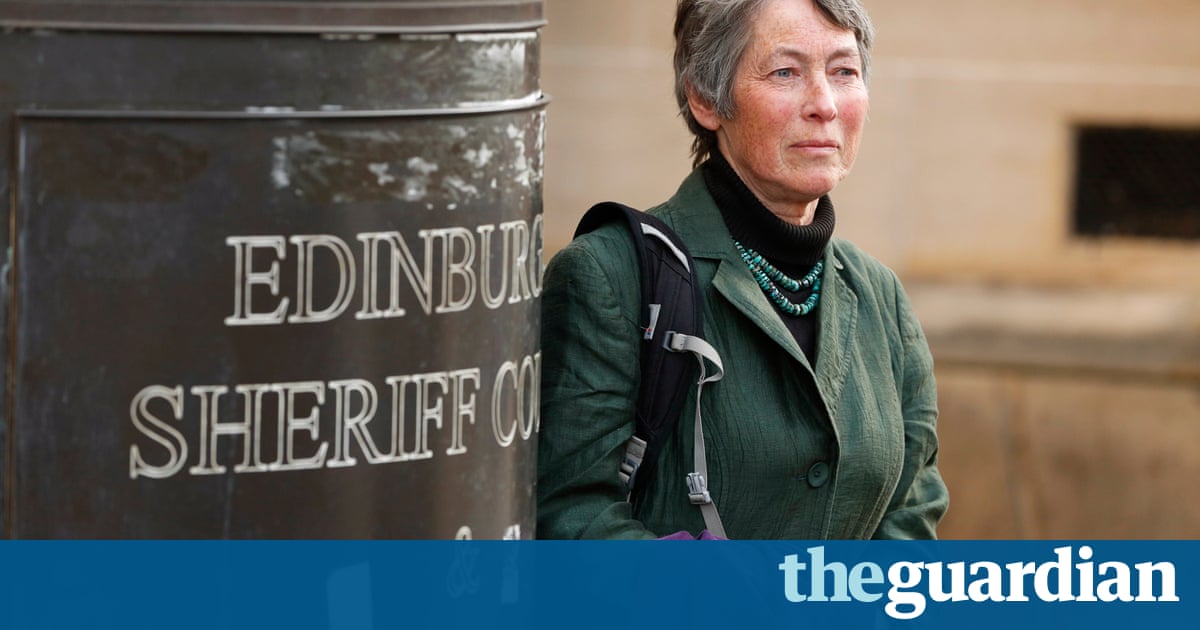 A sheriff has warned the Trump Organisation that it has put its staff at risk of prosecution after its frivolous complaint to police about a woman urinating near its Aberdeenshire golf course.

Sheriff Donald Corke rejected claims from Rohan Beyts, a retired social worker, that staff at the US presidents resort had breached the UKs data protection laws when they photographed her with their mobile phones as she urinated while on a walk near the course.

But in a highly critical judgment after two half-days of evidence and legal argument in court, Corke told Trump International Golf Club Scotland (TIGCS) that its staff could face prosecution for photographing women if they were urinating out of sight.

The sheriff said Beyts was a credible witness who was entirely within her rights under Scotlands land access laws to be on the course and to relieve herself in a considerate manner. Her distress at being photographed without her knowledge, and then charged, was very real.

Corke rejected claims by Trumps lawyers that his staff had the right to photograph someone if they believed a criminal act was being committed. He upheld Beyts allegations that the staff there had put her and her friend Sue Edwards, another anti-Trump activist, under surveillance.

Beyts had a reasonable expectation of privacy and should not have been photographed, he ruled. I have to emphasise that officious bystanders who photograph females urinating in the countryside put themselves at very real risk of prosecution under both anti-voyeurism and public order legislation, he said.

Corke ruled, however, that Beyts had lost her 3,000 damages action because her lawyer, Mike Dailly, had failed to prove that her distress was based on the companys failure to register under the UKs data protection laws. There was no proof that the images from the surveillance were used by the police as evidence when they charged her.

He awarded 300 costs against Beyts, which will be met from about 3,000 she raised in crowdfunding, to donate to Daillys law firm, Govan Law Centre. Dailly had acted for Beyts for free.

Beyts launched her legal action after the Guardian revealed last year that TIGCS had flouted the Data Protection Act. Despite operating an extensive CCTV camera system and holding records on thousands of customers, its staff and its suppliers, the firm was not registered with the Information Commissioners Office and did not warn visitors that they were under surveillance.

TIGCS blamed that on a clerical error and registered itself with the ICO four months after its employees filmed Beyts relieving herself on their mobile phones.

Speaking after the sheriffs decision, Beyts and Dailly insisted they had won a moral victory and been entirely vindicated because it upheld all her key complaints about the conduct of Trumps staff. I want go back [to the course] and show Im not frightened to walk on the beach. Im not frightened if I get caught short, Beyts said.

Refusing to comment on the sheriffs criticisms of their conduct, TIGCS again attacked Beyts, accusing her of peddling anti-Trump propaganda. Rohan Beyts is a shameless activist with a history of antagonistic behaviour. She came on to our property with a hostile opponent of the project looking for trouble, its statement said.

Beyts and other anti-Trump campaigners believe the surveillance and police complaint against her were driven by the US presidents anger at Scotlands wide-ranging laws on rights of access.